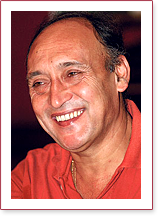 She was hungry. Hungry to bring the world the rich yet simple ethnic Assamese Cuisine. She loves Assamese food with its variations. She not only loves and enjoys cooking but also loves to experiment. Read more..

This email address is being protected from spambots. You need JavaScript enabled to view it. http://www.assamesecuisine.com

Recipe of the week