Articles in Category: About me 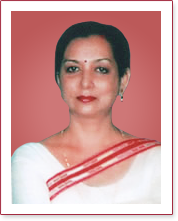 She was hungry. Hungry to bring the world the rich yet simple ethnic Assamese Cuisine. She loves Assamese food with its variations. She not only loves and enjoys cooking but also loves to experiment. The kitchen is her workshop where she experiments many concoctions. Her husband is her inspiration; her children are her backbone. Last, but not the least, she loves exotic Assamese food. Jyoti (Rita) Das was born in Shillong, the then capital of Assam. She was the eldest of the three children born to Bibha and Bhola Nath Saikia. Her father wore many hats -- an highly ranked police officer, an electronic engineer, an educationalist and a social worker. Her mother Bibha is a home-maker and an avid social activist.

The extraordinary life and experiences of Rita is reflected in all her work. In fact her birth to the Saikia's family and her father's love of Assamese food was instrumental in developing her penchant for Assamese cuisine. Every meal in the Saikia household is a culinary delight, cooked meticulously in ethnic Assamese tradition, but exquisite to the rest of the world. Her subsequent marriage to Ashok Das, descendent of one of the early settlers of Guwahati only added to her experience in cooking. At his ancestral home in Jorpukhri-par, she came across different preparations unique in lower Assam.

An avid social activist that she is, she travelled to different pockets of Assam; sometimes even to places less treaded. In the process she got the opportunity to experience different dishes and pick up the fine nuances of these lesser known places. Her knowledge of Assamese cuisine stems from her profound understanding of Assamese culture and tradition. Her other works on Assamese culinary is comprised of Aponar Akholot Chinese Byanjon (whose second edition has been released successfully) and Manxhar Vividh Byanjon. So far all her work has been widely appreciated and loved. She also regularly writes food-columns, short stories and articles for various magazines like Xadin, Prantik, Nandini etc. Her close friends and family members are privy to the fact that she makes excuisite wine from home grown fruits, vegetables and flowers. it is one of her favourite hobby and pass time. Only if you happen to be in her good-books, you may have the privilege of tasting her wine! 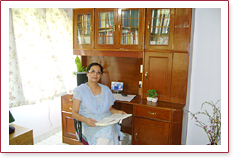 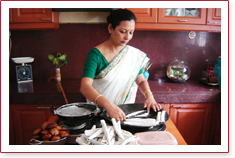 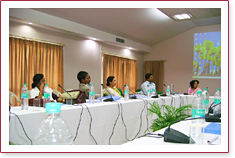 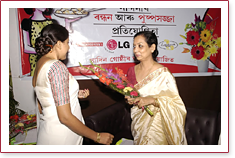 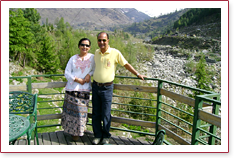 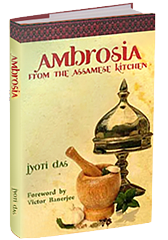 Ambrosia... From the Assamese Kitchen presents an array of delectable dishes that reflects the variegated hues of the culture of Assam. Like the simple Assamese people, the food of Assam is rather bland and simple, with little or no spice at all; yet it is delicious. Regional aromatic herbs add varied flavours to the cuisine, making it simple, yet savoury and wholesome. This book contains more than a hundred recipes from the land of simple folk and rich cultural legacy, and is a must-have for those ready to try out mouth-watering delicacies which are easy to make, healthy and simply delectable.